What Are The Different Types Of Democracy?

What Are The Different Types Of Democracy?

Anyone reading this is probably quite familiar with the word democracy. Thanks to years of schooling under our collective belts, we know that democracy is a form of government that has played a major role in modern history. Democracy dragged us away from archaic systems, such as authoritarian monarchies, into more liberal and rational forms of governance.

A democracy is simply a system of government where the citizens directly exercise their power, and have the right to elect government representatives who collectively create a government body for the entire nation (like, a parliament). Another way to say the same thing is that it’s a type of government that’s ruled by citizens, or in other words, people who are members of a society. In a democratic government, people have certain basic rights that the government can’t take away from them, and these rights are internationally recognized and guaranteed.

The main types/forms of democracy are:

Every country interprets the meaning of democracy in their own particular way. With a wide range of different geopolitical atmospheres, we see a large spectrum of democratic governments in existence around the globe.

I want to try to shed light on some of the major types of democracy seen today.

A direct democracy is when citizens get to vote for a policy directly, without any intermediate representatives or houses of parliament. If the government has to pass a certain law or policy, it goes to the people. They vote on the issue and decide the fate of their own countries. The people can even bring up issues themselves, as long as they have a substantial consensus on the issue. Even taxes cannot be raised without the public support!

When the population is small, educated and mostly homogeneous (at least politically), a direct democracy doesn’t seem like a bad idea. Switzerland, for example, has had a long history of a successful direct democracy. In certain places of the country, they still have Landsgemeinde – assemblies where people come together in open air on a certain day and vote on the laws of their society.

This model of democracy drives people to form parties for their own agendas. Comically enough, due to this system of governance, one of the political parties in Switzerland is called, believe it or not, the Anti-Powerpoint Party. The party’s singular aim is to prohibit the use of Powerpoint in office presentations!

Although direct democracy does not exist in the United States in its true form, certain elements do exist at state and local levels in the form of referendums and initiatives (or propositions). A referendum can be used by ordinary citizens to ask the government to repeal a certain law, if the citizens manage to achieve a majority vote. On the contrary, an initiative gives citizens the power to create a law if they achieve majority vote.

However, most countries are too large and too complicated for direct democracy to work within their political borders. In those cases, people prefer to elect representatives on their behalf, rather than vote on every single issue.

Representative democracy or indirect democracy is when people choose to vote for who will represent them in a parliament. This is the most common form of democracy found across the world. It takes advantage of division of labor: a small group of representatives can use their expertise in policy-making, freeing everyone else to pursue other tasks.

In addition to this, it emphasizes on protecting the rights of not only the majority of the people in the state, but also the minorities. By electing a more qualified representative, a minority population would be able to vocalize its grievances in a more efficient manner.

The downside of this form of democracy is that the elected government may fail to pursue the interests of the citizens. Referendums and initiatives, the elements of direct democracy discussed above, serve as remedies for the ills of representative democracy.

Most of the representative democracies of the world consider themselves to be liberal democracies. This is because they value the needs of their individual citizens more than that of the entire state. This is why in countries like India and the USA, it is difficult to proclaim a state of emergency. 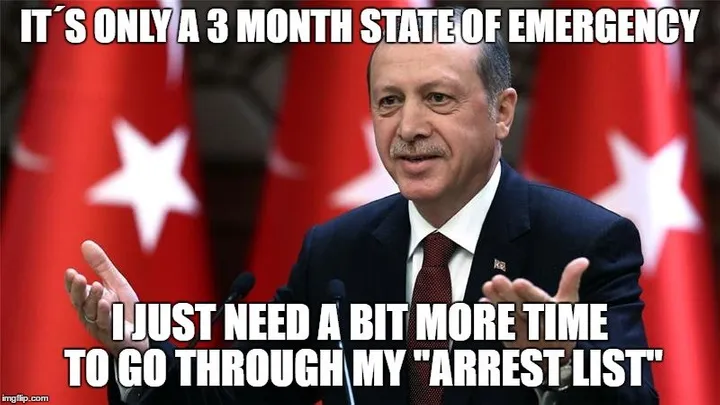 Erdogan, the leader of Turkey, announces a state of emergency. Needless to say, the international community was not amused.

Some states, however, feel constantly threatened by outsiders or civil unrest. These states, such as Israel and South Korea, prefer a defensive democracy over a liberal one. This is done so that the government can marshal an army at a moment’s notice. There are also a number of other less liberal forms of democracy – from those that are almost liberal in nature to those that are just shy of being dictatorships. One classic example of such a flawed model of democracy is the Republic of Singapore.

However, we’re talking about democracy here, so let’s stick to the liberal ones, shall we?

A liberal democracy can take on different forms, since different countries have different needs and different ideologies. The following types are just a few subsets of representative democracy.

Under a presidential democracy, the president of a state has a significant amount of power over the government. He/she is either directly or indirectly elected by citizens of the state.

In a presidential democracy, the head of state is also the head of the government. Countries like the USA, Argentina, and Sudan employ this kind of democracy.

The head of state (president) is different from the head of government (prime minister), and both have varying degrees of power. However, in most cases, the president is either a weak monarch (e.g. the United Kingdom) or a ceremonial head (e.g. India). 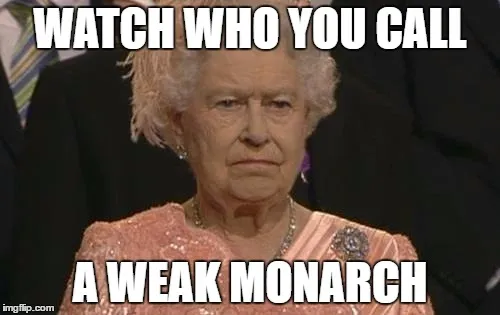 This is when only the elites are a part of the parliamentary process. The individuals of the state are allowed to vote for their chosen candidate, but “regular people” cannot enter the elections. Therefore, in the end, it is only the ruling elite that decide on the various interests of the state’s population. Modern-day Russia under Vladimir Putin is a classic example of this type of governance. Even Hong Kong generally falls under the same category.

The exact opposite of an authoritarian democracy is the participatory form of democracy. There are different types of participatory democracy, but all of them yearn to create opportunities for all members of a population to make meaningful contributions to the decision-making process. It empowers the dis-empowered by breaking up the state into small networks and prefers to empower community-based grassroots politics. It values deliberation and discussion, rather than merely voting.

Today, no country actively practices this form of democracy. Although the theories behind it are sound, the real-life application of this approach is fraught with complications. However, many social movements, like the international Occupy movement, the Bolivarian movement in Venezuela and the Narmada Bachao Andolan in India organize themselves around a participatory model of democracy.

This form of democracy seeks to apply Islamic law to public policies, while simultaneously maintaining a democratic framework. Islamic democracy has three main characteristics. Firstly, the leaders are elected by the people. Secondly, everyone is subject to the Sharia law – including the leaders. Thirdly, the leaders must commit to practicing ‘shura’, a special form of consultation practiced by Prophet Muhammad.

Shura signifies that the political body is in place for consultation on any problem. It is the basic principle of the Islamic political system, which is recommended in the Quran, although some classical jurists maintain that it is obligatory and must be adhered to it under all circumstances. (Source)

The countries that fulfill these three characteristics are Afghanistan and Pakistan. Some other Islamic countries, such as Saudi Arabia, fit the bill of authoritarian regimes better than that of democracies. 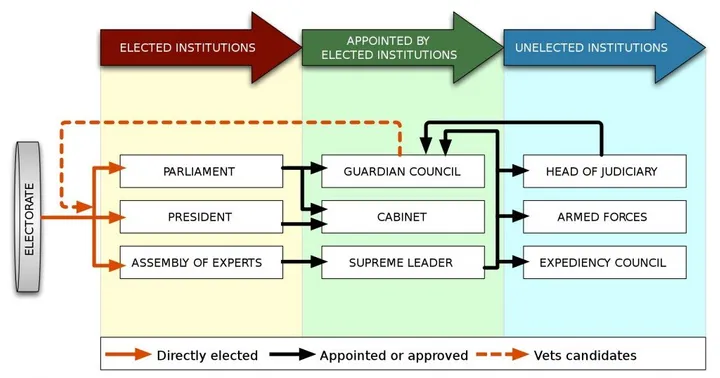 Social Democracy arose as a reaction to neoliberal policies in international economics. Under neoliberalism, profit-making entities like multinational corporations can easily infiltrate other political states. They maintain a level of sovereignty and mobility that no government can counter. The power of the political state seems flimsy in comparison.

Social Democracy aims at empowering the state over the mere whims of the neoliberal market. The state can increase its expenditure by providing free alternatives to overpriced private ventures. It may focus on providing free education or free healthcare, so that people don’t have to depend on profit-making corporations.

This list obviously does not claim to be an exhaustive discussion around the different types of democracy that exist today. There are as many theories concerned with democracy as there are governments in the world! Nevertheless, while democratic models might differ, the spirit of democracy continues to be upheld in almost every corner of the world!